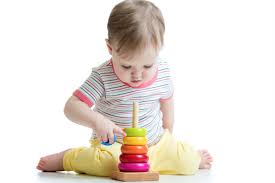 Does your child sit in this position?

This is known as “w-sitting”, and you may or may not have heard that it’s not a great position for the hips.

However, I’m about to tell you what causes a child to sit like this, what consequences it may have for attention and learning, and what you can do to help them.

This W position is very comfortable for a child with a weak core. Your child may have been diagnosed with hypermobility – or perhaps not. They may fall over frequently, they may get exhausted easily compared to their peers. In class, they will find it hard to sit comfortably in a chair, and will perhaps keep experimenting with several different positions in a chair in one sitting, and never truly be comfortable with feet flat on the floor. This is because of a lack of core strength.

This wonderful video demonstrates beautifully how it *should* happen, within the appropriate developmental window:

I was talking to my son’s teacher when he was in Reception. She told me that there is a noticeable reduction in stamina and core strength in children these days, and that a large proportion of children in Reception classes are unable to support themselves when sitting, drawing, at a table – or even on the mat during story time.

Well… we are simply not allowing our children to move enough. We are restricting movement by using “equipment” and props. Some babies end up sitting in car seats for hours at a time, or end up in jumparoos, Bumbos, or even being “worn” for longer than absolutely necessary. Later on, children tend to move less, glued to screens for long periods of time. Play areas are now hyper-safe, with protection against knocks, bumps etc. When I was growing up, most children had a scab on their knees several times a term.

What babies REALLY need is to be given plenty of floor time and as children, plenty of opportunities to explore surroundings, in order to work out how to organise their bodies for themselves, how to integrate their reflexes and move on to the next stage of development – unprompted.

After all, if you help a chick hatch, it will fail to thrive.

So, what causes w-sitting?

As I’ve mentioned, w-sitting is a symptom of a weak core. It is likely that a child will have skipped a stage of development. It is almost certain that these children will have an active STNR reflex, which is a transitional reflex that follows the Moro, TLR and ATNR. It emerges at around four to six months of age and integrates between nine to twelve months of age – but only if rolling, sitting, rocking on hands and knees, crawling, pulling to standing and walking have happened within an appropriate timeframe.

The STNR reflex allows a child to understand arm, leg and body movements without moving the head. It also affects the development of binocular vision and binaural hearing.

Children who have never integrated the STNR often have learning challenges. These children find it hard to sit in chairs or at tables, often slumped, with their legs wrapped around the legs of their chair for support.

Having an active STNR often means that vision and hearing senses have not properly developed. STNR children often find sport a challenge as their hand-eye coordination tends to be poor due to not developing sufficient connections between the left and right hemispheres, which will affect reading and writing.

It is also important to know that just because someone has a six pack, it doesn’t mean that their STNR has integrated. Reflex integration will not happen unless the body re-patterns in a specific way. So, no, I do not want to see your abs as proof of your core strength, thank you.

The STNR reflex can be integrated using the rhythmic movement patterns observed in foetuses and new-borns. You may be able to help by allowing your child to MOVE as nature intended – take them to the park, get them to walk around in a crab position, get them to wheel themselves around on their tummy on a skateboard, get them to use a balance ball, try family yoga classes or ballet…

In order for the STNR to integrate fully, it is sensible to look at what else is active and work through a movement programme to help the brain make the appropriate neural connections. These movements can take as little as five minutes a day.

For your nearest RMTi practitioner, please go to https://rhythmicmovement.co.uk/where-is-my-nearest-provider/